Astronomy for the Absolute Beginner

Are you fascinated by the night sky? Do you wonder about the origins of the Universe? Join our daytime course to find out more. 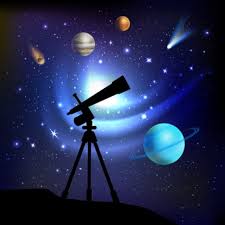 We are sorry to inform you that this course has been cancelled for now.

This short course, new to our daytime programme, is especially for people with no prior knowledge of astronomy. It comprises a series of talks and, some short assignments observing
the sky to see some of what has been discussed. The talks will cover the origin and evolution of the Universe, galaxies, stars and their planetary systems. We will examine the Sun, (the nearest star), and its local environment in space. This will include the solar system and its place in our home galaxy (the Milky Way) and the way in which the Sun affects the Earth and its other planets.
The course concludes by looking at the conditions necessary for life to arise in planetary systems around stars and the likelihood of this having occurred elsewhere in the Universe.

About Your Tutor: Peter Howell

Peter is an amateur astronomer who got ‘hooked’ at the age of eight when an aunt bought him one of Patrick Moore’s first books on astronomy. Sixty years later he still has the book and
is still hooked. He is a past chairman of the Cambridge Astronomical Association (CAA) and has given many talks at the Institute of Astronomy as part of the CAA’s follow up to the
University’s yearly science week. He has a particular interest in the Sun and operates a small observatory for visual astronomy. He also “dabbles” in radio astronomy.

The 5 sessions will cover:

1. The origin and large scale structure of the Universe.
2. The sun and other stars and the likelihood of intelligent life elsewhere in the Universe.
3. The inner and outer Solar System.
4. Observational astronomy; the motion and mapping of the sky.
5. The solar-terrestrial environment

What will you need :

• A notebook and pen